Five generations of the García de la Cruz family have a hand in their award-winning brand from La Mancha.
By Pablo Esparza on December 5, 2019
Filed in Olive Oil World
4.9k
VIEWS
FacebookTwitter

Fernando García de la Cruz walks through the olive trees at his estate near Madridejos, in the province of Toledo of Castilla-​La Mancha region in Spain.

We haven’t done it all, not at all. If those before us would­n’t have laid the basis, most cer­tainly, this would­n’t be as it is.- Fernando García de la Cruz

Workers are col­lect­ing the olives for the early-​harvest oils. They com­bine the tra­di­tional “vareo” –- hit­ting the branches with a long stick — with the faster har­vest­ing trac­tors that shake the trees until the fruits drop to the can­vasses cov­er­ing the ground.

We are in the first days of the har­vest and the olives boast a bright green color.

“I remem­ber when I was 12 years old, my dad used to take me to the fac­tory dur­ing the Christmas hol­i­days to weigh olives. I’ve grown up in this sec­tor. I saw it on my dad I saw it on my grand­mother. They saw it on their ances­tors,” De la Cruz tells Olive Oil Times.

Along with his brother Eusebio, Fernando is the CEO of García de la Cruz.

“The com­pany was founded by my great-​great-​grandparents. We can say we are one of the old­est oil mills in Spain. We are the fifth gen­er­a­tion of olive grow­ers and oil millers,” Fernando proudly says.

A few years ago, Eusebio moved to New York in order to inter­na­tion­al­ize the com­pany. With a del­e­ga­tion on the East Coast, the com­pany also has a com­mer­cial office in Portland.

García de la Cruz’s olive groves are set in an area where the plains of La Mancha in Central Spain meet the foothills of the Mountains of Toledo.

Although far behind Andalusia, La Mancha is the second-​largest oil-​producing region in Spain. 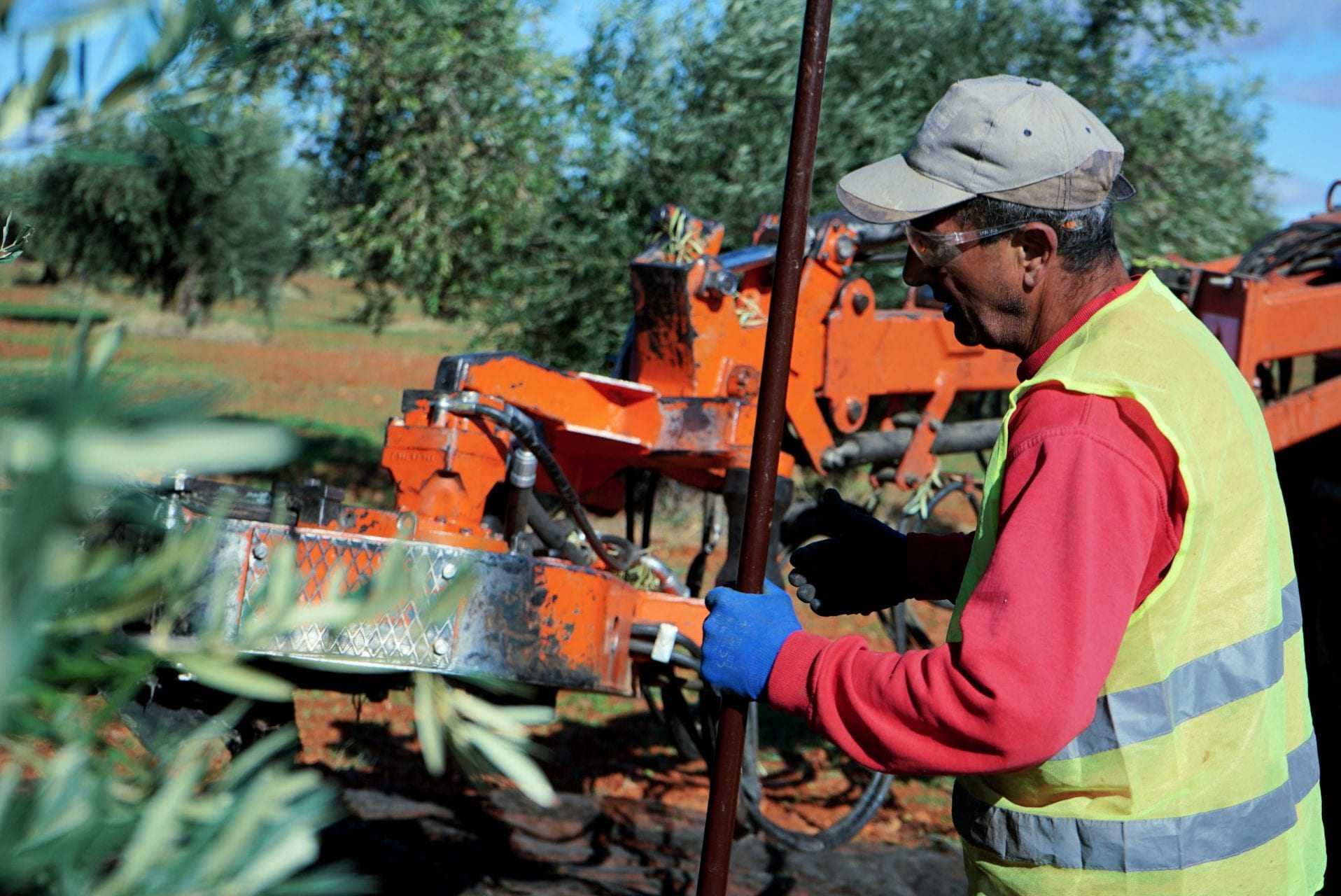 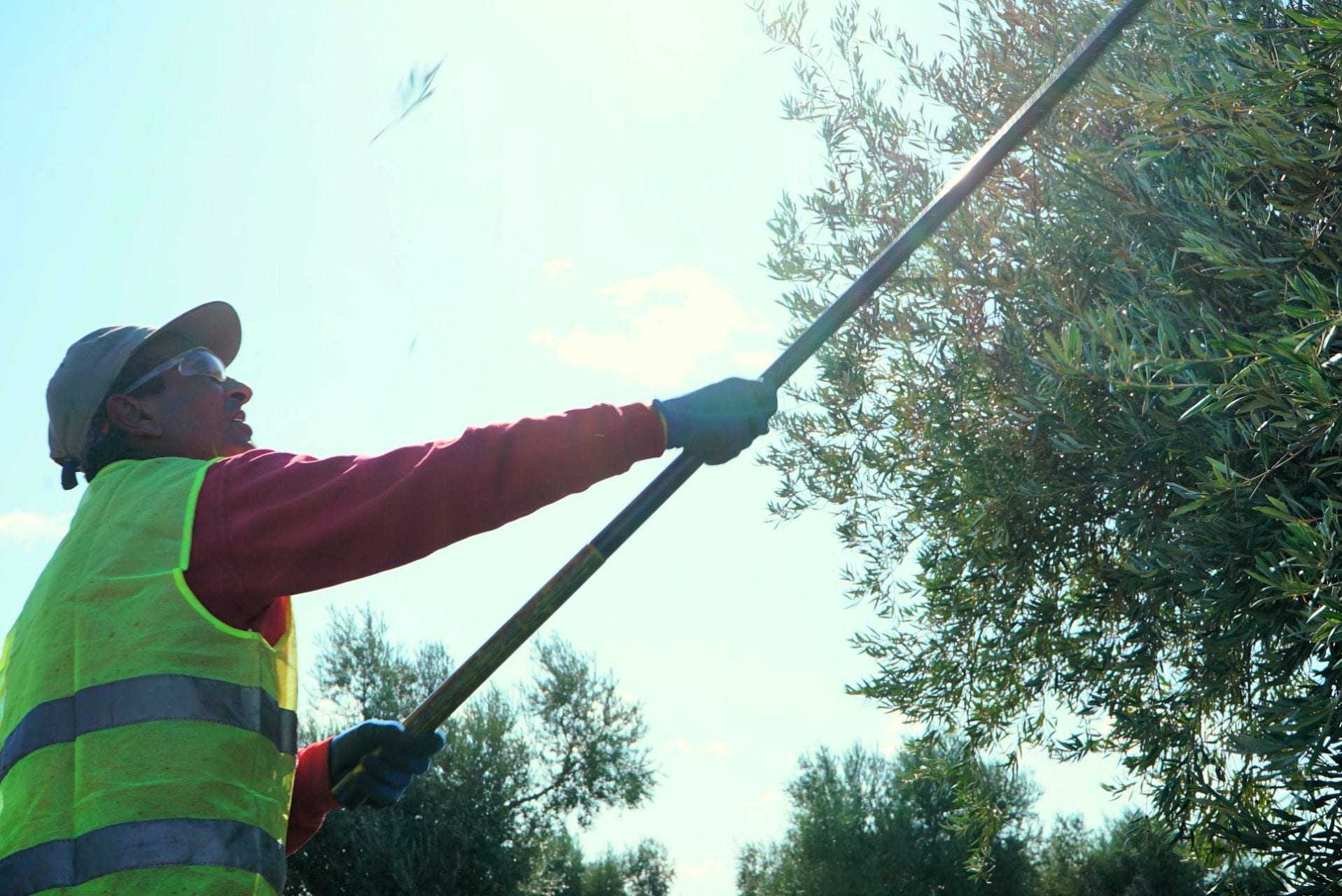 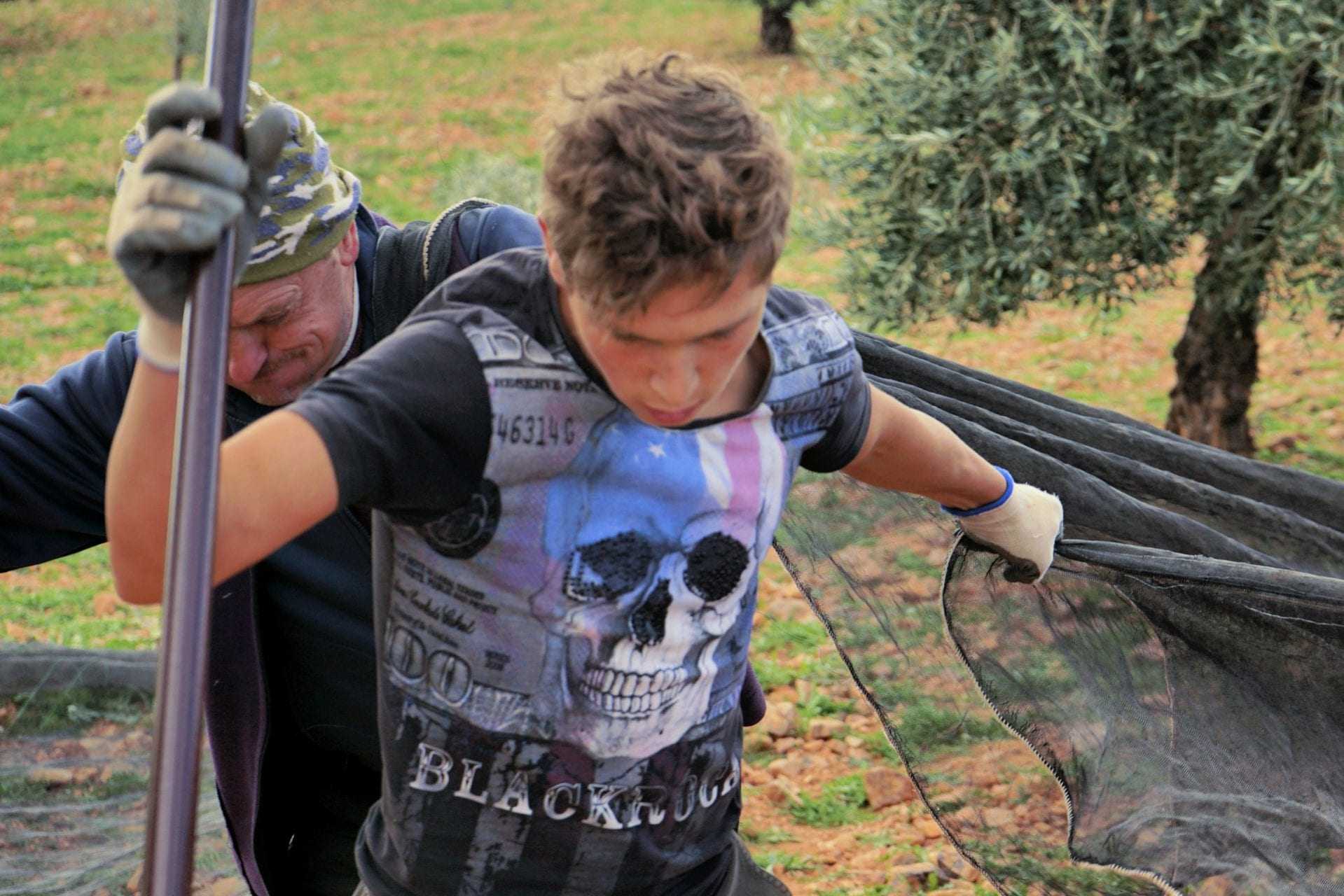 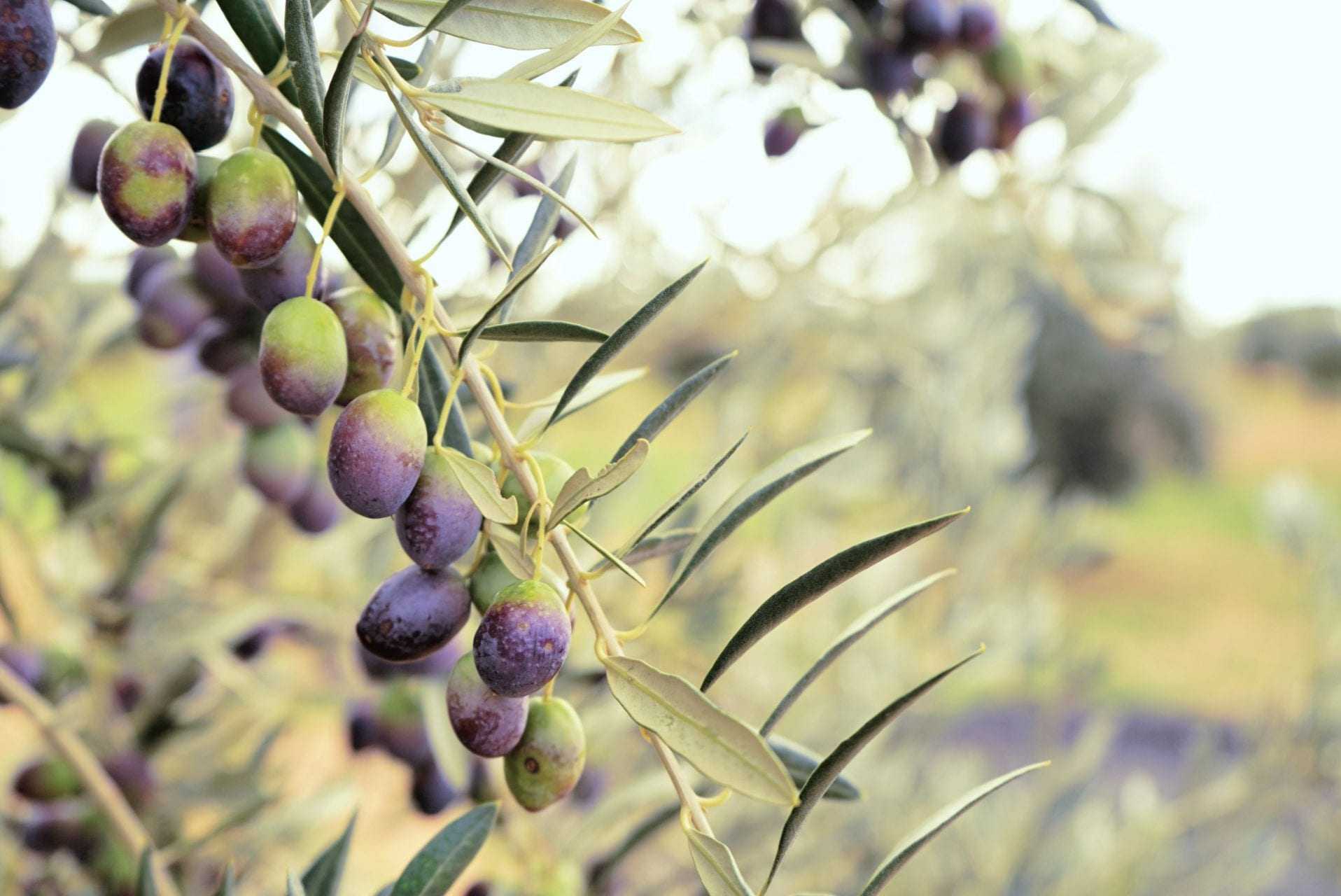 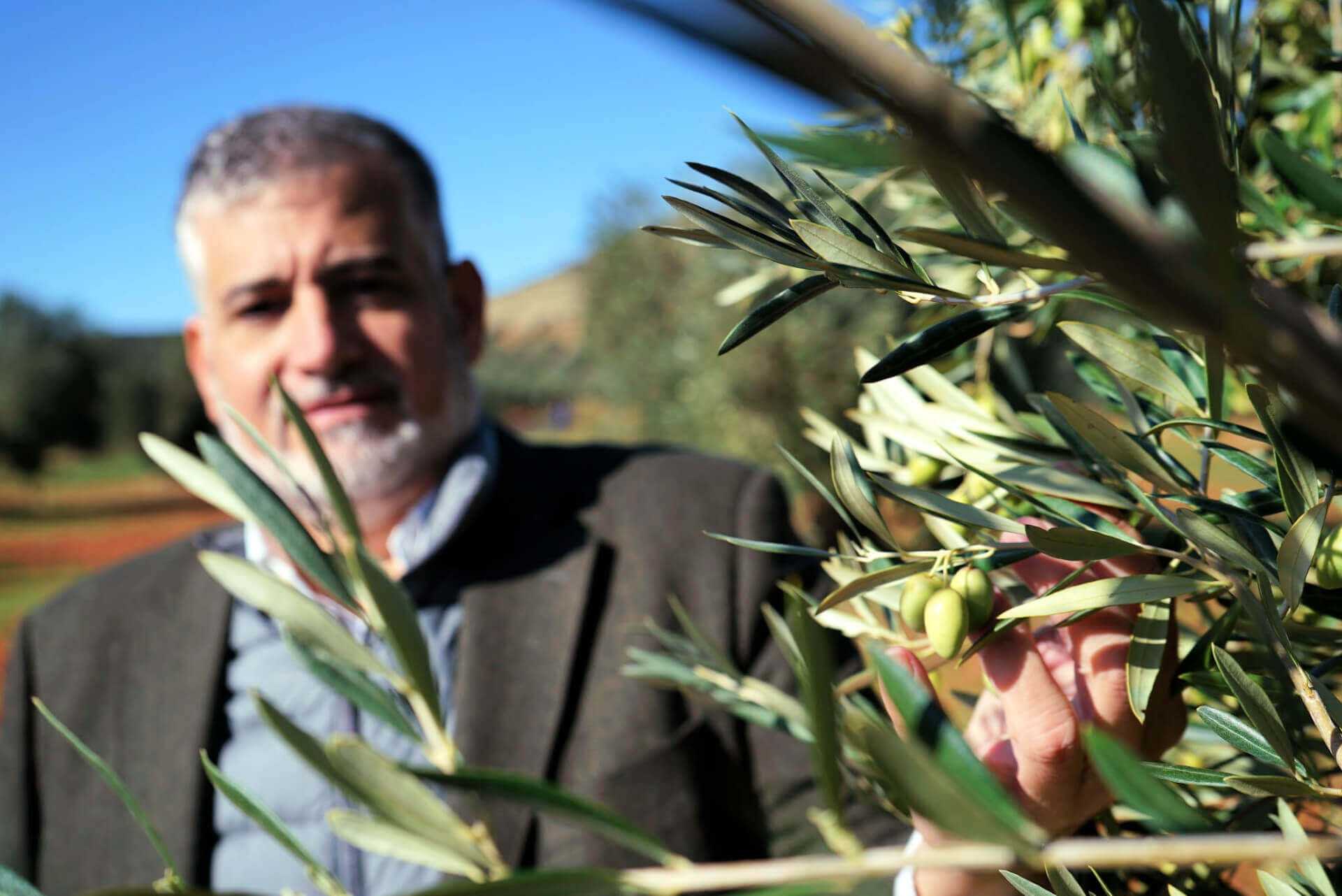 
This is the land of the Cornicabra — the most typ­i­cal cul­ti­var in the area. 90 per­cent of the 400-​hectare estate of García de la Cruz grow this vari­ety.

“The Cornicabra cul­ti­var in our region is under the umbrella of the Toledo Mountains Protected Origin Denomination. It has very spe­cial par­tic­u­lar­i­ties such a high con­tent in polyphe­nols and oleo­can­thal. This makes the oil from this cul­ti­var one of the most sta­ble and health­i­est in the world,” García de la Cruz explains.

Actually, a good part of the company’s land lies within the lim­its of a spe­cial pro­tec­tion area for wild birds belong­ing to the Natura 2000 net­work, a group of pro­tected sites across the European Union.

“This oil is pro­duced in an area where respect for bio­di­ver­sity is pro­moted. Having life in the under­soil of the olive groves is very impor­tant for us. We must leave this kind of olive grove to our kids in excep­tional con­di­tions,” García de la Cruz sug­gests.

Apart from grow­ing and treat­ing their olive trees accord­ing to organic stan­dards, some years ago the com­pany started pro­duc­ing its own organic fer­til­iz­ers using the pomace or alpe­rujo — a byprod­uct of the olive milling process con­sist­ing of what is left from the olives once their oil and seeds have been extracted — as a base.

“We are very happy with these prod­ucts which allow us to reuse and recy­cle part of the waste of the olive oil pro­duc­tion,” García de la Cruz says.

He also high­lights the impor­tance of sav­ing water in an area with an annual aver­age of rain­fall of just 200 liters per square meter.

“We water 30 per­cent of our olive groves. But we are in the ‘dry Spain.’ This makes us con­scious to use water wisely. We have installed sen­sors under­neath the soil, at a range of depths, that let us know the degree of humid­ity and help us to save water,” García de la Cruz explains.

When asked about the future or his com­pany, García de la Cruz looks back at his family’s his­tory, as if the answer were in its long tra­di­tion as olive oil pro­duc­ers.

“We’re the fifth gen­er­a­tion. The sixth is get­ting ready. They are already at the uni­ver­sity. And my great­est hope would be to leave all this to my chil­dren and my nephews so they con­tinue what the pre­vi­ous five gen­er­a­tions have done,” he told us.

“We haven’t done it all, not at all. If those before us would­n’t have laid the basis, most cer­tainly, this would­n’t be as it is.”

Tracking spittlebug movements throughout their lifespan, researchers have made recommendations to help curb the spread of the pest.
By Daniel Dawson on December 13, 2019
Filed in Production
3.8k
VIEWS
FacebookTwitter
News Briefs:

Farmers teamed up with the AIRC Foundation for Cancer Research in Italy to develop a project to promote health education.
By Ylenia Granitto on December 12, 2019
Filed in News Briefs
1.6k
VIEWS
FacebookTwitter
Health: